Likelihood of confusion between signs has always been one of the most invoked yet elusive figures in the whole case-law related to trademark rights. Its actual existence or absence can flip the outcome of a judgment and the destiny of the trademarks involved, but it is precisely on the criteria to evaluate it that courts seem to not have found a common decision ground yet, with the consequence that the investigation, today, mostly relies on the reputation of the court which issued the judgement.

One of the latest judicial developments on the matter is provided by no other than the General Court of the European Union, that, with the decision of its Sixth Chamber issued on 15th October 2020 in case T349/19, found no likelihood of confusion between the signs "Athlon Custom Sportswear"&nbspand “Decathlon”.

The first milestone of the dispute has been set in 2017, when the French sportswear company Decathlon filed an opposition to the EU trademark application of a Greek company claiming protection for the figurative sign "Athlon Custom Sportswear"&nbspin classes 25 and 28 of the Nice Classification of goods and services. The opposition was based on the EU word mark “DECATHLON” registered in 2004 and claiming, among others, goods in the same classes, which can be deemed partly similar and partly identical. The next year, the EUIPO Opposition Division upheld the opposition on the ground of the existence of the likelihood of confusion within the meaning of Article 8(1)(b) of Regulation 2017/1001.

Athlon didn’t just file for appeal, but also withdrew the application for goods in class 28, along with re-defining the ones in class 25.

In 2019, the EUIPO Second Board of Appeal annulled the previous decision and rejected the opposition as a whole, stating no likelihood of confusion could be identified between the marks in the case at hand. While reckoning the fact that the goods claimed were identical, the Board found a very low degree of visual similarity, an average degree of phonetic similarity and only a certain conceptual similarity based, nevertheless, on descriptive or allusive elements and, also, recognisable only by the specific part of the public able to understand the word elements of the signs. This, as well as Decathlon not being able to provide objective and solid evidence of the distinctive character of its trademark for the goods at the heart of the opposition, lead to the absence of likelihood of confusion both for the public able to perceive the meaning and, even more, for the public unable to do that.

Decathlon appealed to the EU Court of Justice claiming an incorrect analysis by the EUIPO regarding the dominant component of the marks, along with an erroneous assessment both of the degree of distinctiveness of the mark “DECATHLON” and the global evaluation of the likelihood of confusion.

First, the General Court’s judgement identifies the relevant territory and public with regards to which the likelihood of confusion must be evaluated, pointing out the whole European Union for the first and the general public, with the lowest level of attention, for the second, since the nature of mass consumption goods sold by the two companies in conflict (Ergo Versicherungsgruppe v OHIM – Société de développement et de recherche industrielle (ERGO Group), T221/09). The comparison of goods is not called into question by the parties, but the comparison of the signs is. Being the opposed application related to a figurative mark, the court notes that, when a sign consists of both figurative and word elements, the latter is not automatically considered dominant. In the present case, the figurative element of the contested sign was not without significance because it formed the beginning of the mark, hence being the focus of the greater attention from consumers (Damm v EUIPO – Schlossbrauerei Au, Willibald Beck Freiherr von Peccoz (EISKELLER), T859/16), and was of a size that made it not overshadowed by the following words.

Decathlon was not&nbspable to provide objective and solid evidence of the distinctive character of its trademark for the goods at the heart of the opposition. 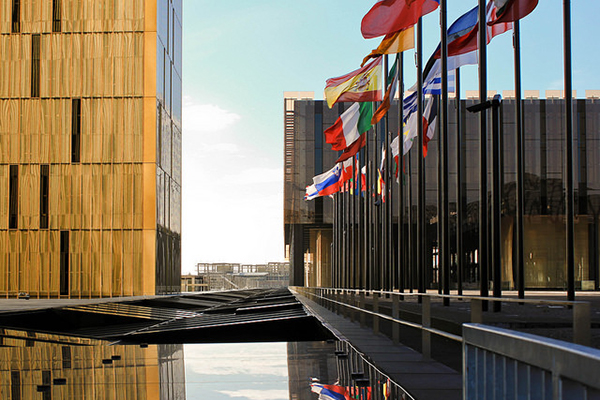 The capacity of an element to identify goods or services as coming from a particular undertaking is crucial for the assessment of the degree of distinctiveness of the mark and, in the case at hand, the figurative element has not any relationship with the goods, hence it cannot be considered to be descriptive of them but prominent. Also, the particular stylisation of the word “athlon” in itself, with letters that can be read not with one only option but with more, has a significant impact on the overall impression. Hence, visually, the abovementioned differentiating elements are more important than the elements of similarity, the Court states. The phonetic similarity is not put in question by the parties.

About the conceptual comparison, the General Court confirmed the Board of Appeal’s consideration that the word “athlon” in Greek has the meaning of “contest” and it is commonly used, in particular in English, to refer to athletics events; moreover, the word “decathlon” would be associated by the relevant part of the public, involving the English-speaking ones, with the specific sport competition. The consequence is that both the words are deemed as inherently descriptive or allusive for the athletic goods. Thus, the certain conceptual similarity, recognisable by the public able to give a meaning to the word elements, would come along with a weak distinctive character.

Last but not least, the Court addresses the disputable distinctiveness of the trademark “DECATHLON” stating that “the more distinctive the trademark, the greater will be the likelihood of confusion” (SABEL, C251/95) and that “marks with highly distinctive character […] enjoy broader protection than marks with less distinctive character” (Canon, C39/97; Lloyd Schuhfabrik Meyer, C342/97,). The Court finds the evidence provided by the applicant not sufficient because either connected to the broader retail services or constituting case-law not strictly related to the goods of the present case.

This case efficiently highlights the burden placed on the holder on an earlier trademark to prove that it is distinctive enough in order to guarantee a successful result to oppositions proceedings related to later trademarks. A burden that increases even more when the earlier trademark has weak distinctive elements, namely because of its features of descriptiveness, even in one language, as was Greek in this case. Hence, while from a commercial perspective it may seem attractive to use low distinctive elements as trademark to send an easy understandable message to the consumers, companies have to bear in mind how lower the possibilities of restricting the use of similar marks by competitors later become. 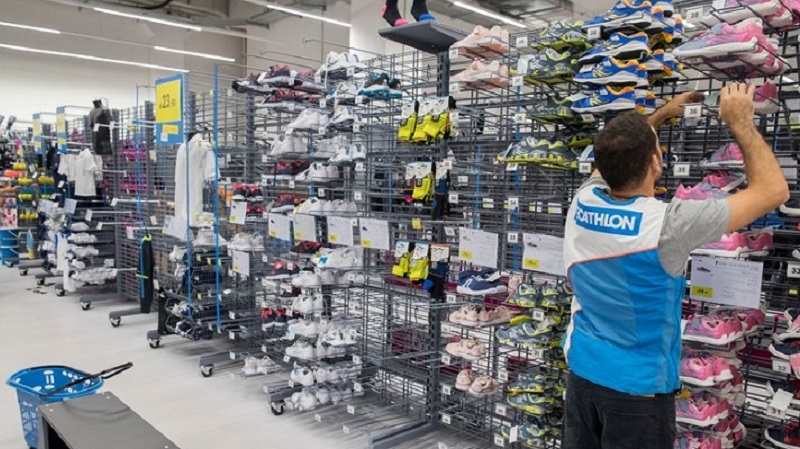