“USE” AND “EXPLOITATION” OF A PROTECTED DESIGNATION OF ORIGIN: PORTWO GIN V. PORTO

Porto is once again at the centre of the news, this time not as a travel destination or due to the results of its football team, but as main character of a recent decision of the Court of Justice of the European Union in relation to a complex and disputed subject: the defence and enforcement of the Protected Designations of Origin (PDO).

On October 6th, 2021, the Fifth Chamber of the General Court issued its judgement on the case T-417/20 which saw Mr. Joachim José Esteves Lopes Granja, resident in the Portuguese city of Vila Nova de Gaia, facing the European Union Intellectual Property Office (EUIPO), with the intervention of the Instituto dos Vinhos do Douro e do Porto.

The whole matter arose back in January 2017, when Mr. Granja filed before the EUIPO a European Union trademark application for the word sign “PORTWO GIN” claiming the product “Spirit [beverages]”, comprised in class 33 of the Nice Classification. 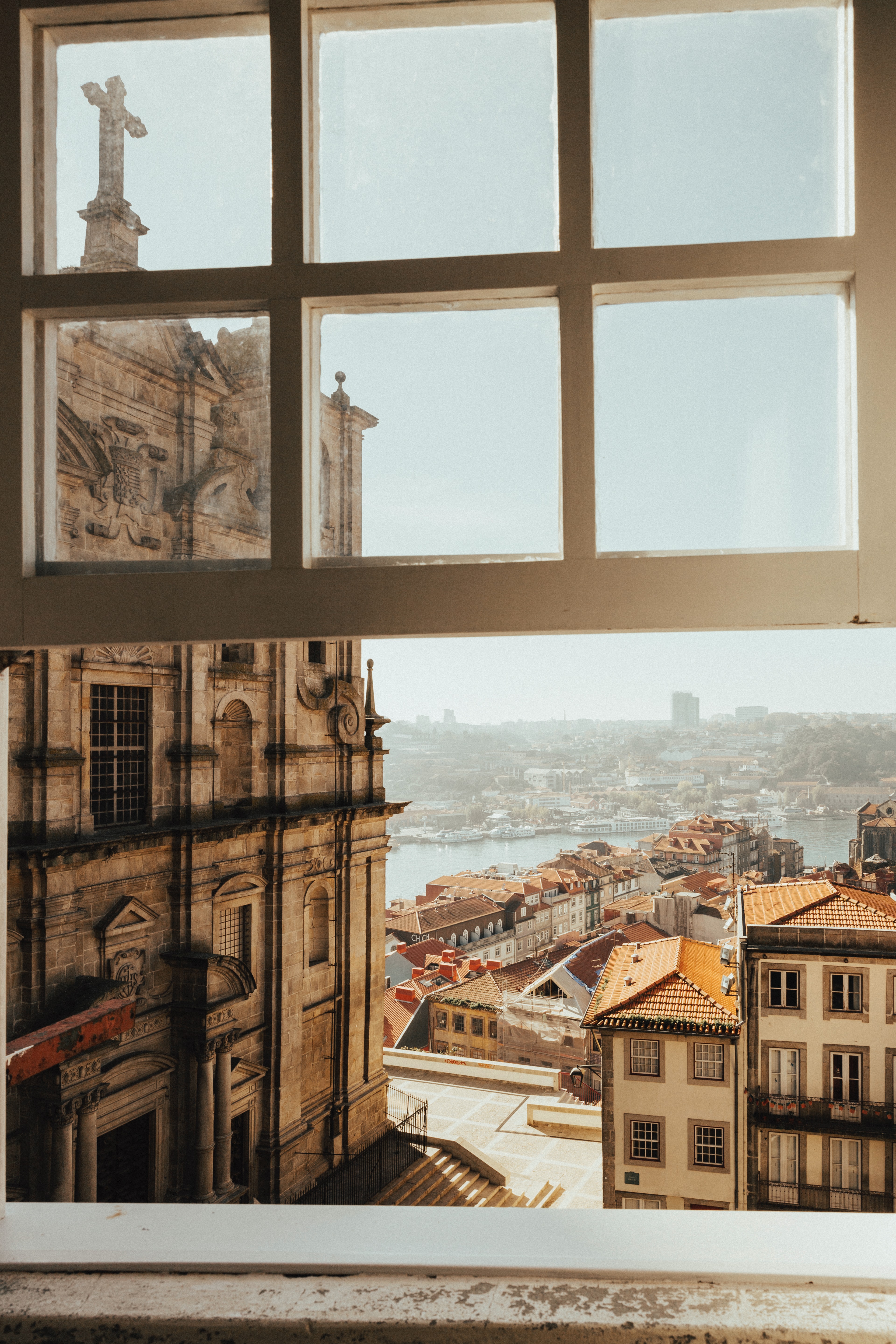 In the month of April of the same year, Instituto dos Vinhos do Douro e do Porto filed an opposition proceeding against the EUTM application basing it on the protected designations of origin (PDO) “Porto and “Port” in the territory of Portugal and on Article 8, paragraph 4, letter a) of the Council Regulation (EC) n. 207/2009 on the Community Trademark, in force at the time, namely: “Upon opposition by the proprietor of a non-registered trade mark or of another sign used in the course of trade of more than mere local significance, the trade mark applied for shall not be registered where and to the extent that, pursuant to the Community legislation or the law of the Member State governing that sign: (a) rights to that sign were acquired prior to the date of application for registration of the Community trade mark, or the date of the priority claimed for the application for registration of the Community trade mark”, corresponding to Article 8, paragraph 6 of the current EUTM Regulation, n. 2017/1001.&nbspIn particular, the Opponent considered Article 103, paragraph 2 of

the Regulation (EU) n. 1308/2013, Articles 22 and 23 of the Agreement on Trade-Related Aspects of Intellectual Property Rights and the Portuguese legislation regarding the designations of origin to be obstacle to the registration of the abovementioned application and to the use of the contested sign with regard to the products claimed. 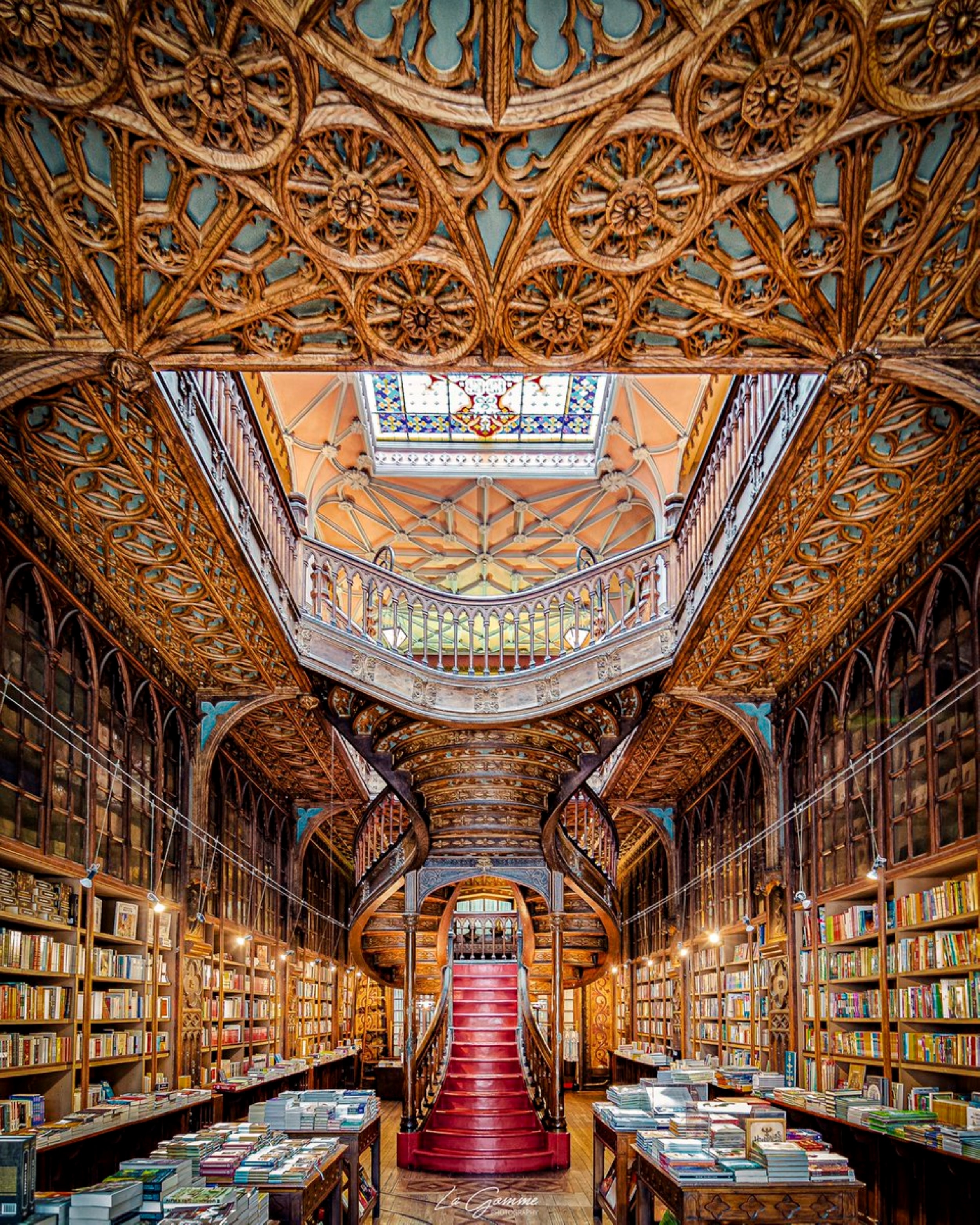 The Opposition Division of the EUIPO rendered its decision in April 2019 rejecting the opposition in its entirety, based on the absence of the conditions established by the second paragraph of Article 103, finding that, specifically:

a) with regard to “any direct or indirect commercial use of that protected name”, the word “PORTWO” would be perceived by the relevant public as a fanciful term, which neither reproduces the whole PDO “PORTO” nor contains it and, thus, no geographical reference to the Port wine would be established;

b) with regard to “any misuse, imitation or evocation”, even the average consumer speaking Portuguese would not associate a gin bearing the mark “PORTWO GIN”&nbspwith a Port wine covered by PDO, due to the differences in the composition and taste of the two products;

c) with regard to “any other false or misleading indication”, the fact that the products claimed by the application are neither identical nor comparable to the ones covered by the PDO would not induce the average consumer to the opposite – and incorrect – belief.

The Opponent subsequently filed an appeal that the Second Board of Appeal upheld in April 2020: it considered, indeed, that the contested mark actually exploited the reputation of the PDO “Porto”. The decision of the Board was based on a variety of grounds, among which the awareness that the abovementioned PDO covers “one of the finest and most prestigious wines of the world”. Moreover, according to paragraph 41, the notion of “use” “requires that the mark contested sign make use of the PDO itself, in the form in which that designation was registered or, at least, in a form with such close links to it, in visual and/or phonetic terms, that the sign at issue clearly cannot be dissociated form it”, citing paragraph 29 of the judgement issued on June 7th, 2018 in the Scotch Whisky case (C-44/17). 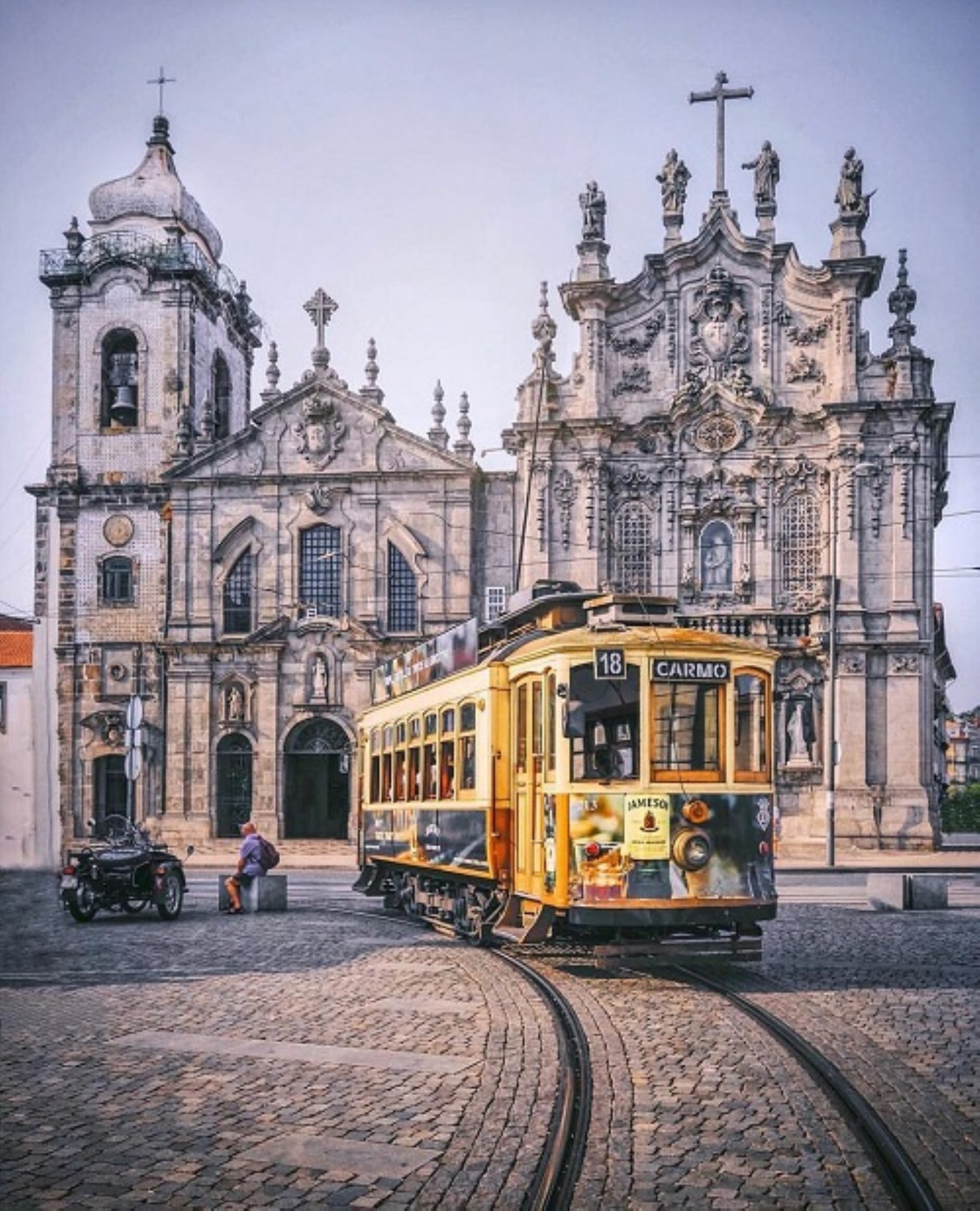 Hence, the board concluded that “PORTWO” and “PORTO” were very similar from both a visual and aural point of view, while the word “GIN” was completely descriptive with respect to the product claimed and, hence, would not even be pronounced by the relevant consumer. Taken also into account that the products claimed by the contested trademark application and the ones covered by the PDO were intended for the same consumers, those consumers would likely be influenced to think that Mr. Granja’s spirits were in compliance with the requirements and quality standards of the PDO.&nbspThis time, it was the turn of the applicant to file for appeal before the General Court, sustaining errors of the Board of Appeal in relation to the similarity between the signs,&nbspto the likelihood of confusion and to the exploitation of the reputation of the PDO. The Court,&nbsphowever, took the same stand of the Board of Appeal.

At paragraph 43 and 44, the Court highlighted how “the addition of a word to a contested element cannot alter the conclusion concerning the use of an earlier PDO in the mark applied for” and that, hence, “the sign whose registration is contested is clearly indissociable from the earlier PDO”. Furthermore, according to the reasoning at paragraph 47 and 48, the spirits claimed by the contested application and Port wines are both alcoholic beverages targeted at the same type of consumer, consumed on the same occasions and, even, sharing the same channels of distribution; thus, there was no error by the Board of Appeal to find a high probability of association by the relevant consumer. In conclusion, since “the particular image and distinctive qualities that the PDO “Porto” enjoys for wines in the eyes of the relevant public are transferable to the goods covered by the mark applied for” also the Court agreed on the fact that the contested application exploited the reputation of the PDO “Porto”.

The most interesting feature of the present decision is, without any doubt, the consideration that, as expressly affirmed by the same General Court in paragraph 31, the scope of the system of protection provided by Article 103, paragraph 2, letter a) of the Regulation n. 1308/2013 is to be deemed particularly broad in compliance with the aim of “protecting PDO and PGI against any use intended to take advantage of the reputation enjoyed by products which comply with the relevant specifications”, as the recitals of the same Regulation suggest. The Court goes one step further, explaining how the use refers both to comparable and not comparable products, as efficiently shown by this quarrel involving, on one hand, gin, and, on the other hand, Porto wines. The point around which the subsequent discussion should revolve is finding the right balance between the need to protect the PDO and the need not to set limits that are too intrusive in the trade of products and services. 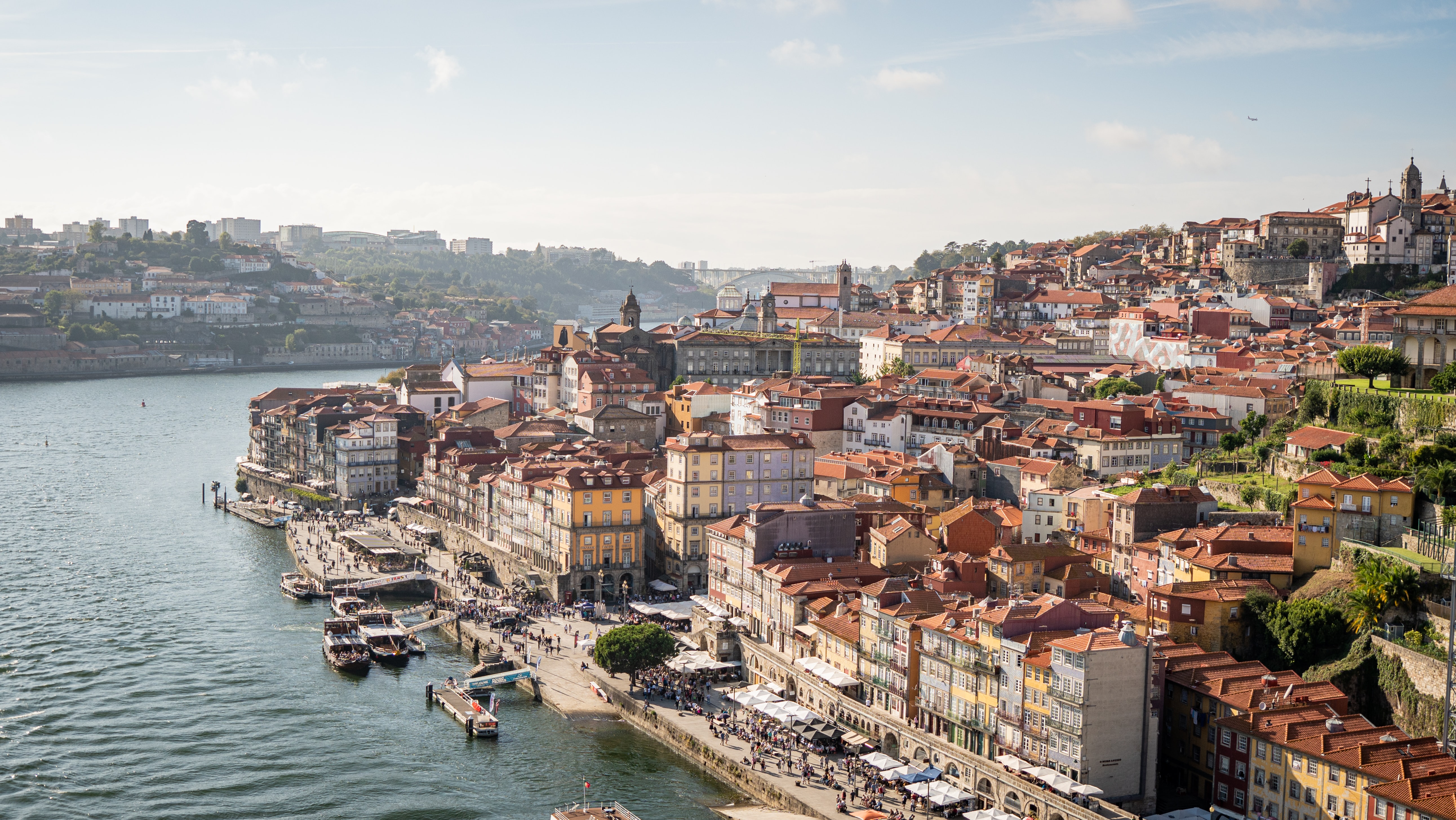